At long last, the Yardwork Injury Curse has been broken, as I emerged unscathed after perching high on a ladder and using an electric hedge trimmer. My bruises are healing, and what’s more:

My new garden is in, too. While putting the finishing touches on it this weekend I hunkered down to eavesdrop on eight leather-bound, dusty, surly, helmet-free, tattooed, bandanna-wearing bikers who pulled over near our house to discuss their route. One of them fielded a phone call from a guy named Tom. At the end of his shouted conversation he said, “Okay. See you there. Love you, man.” And the stereotyped image I held of “a biker” exploded, debris missing my right eye by mere centimeters. Remember how in the seventies bikers did angel dust and ripped people’s hearts out with their bare hands? No more, my friends! Now they wear sunscreen, eat Luna bars, and share their feelings. They even star in commercials for incontinence protection.

This breaking down of traditional roles been going on for some time, as I'm sure you know. Hell, even I have a tattoo and spent the weekend around a bonfire swigging homemade liquor. (I also interacted awkwardly with adolescent children who seemed mildly disappointed to learn that I do not write children’s books. “No, they’re pretty much for adults,” I said. Awkward pause. Then, because one young man’s mother was with him, “In fact, you should probably be 18 to read them.” Said the hypocritical writer who read Cujo, The Shining, and Night Shift at the age of 12.)

Anyway, despite our ingrained urge to compartmentalize in order to impose some kind of order on (and thus wrap our heads around) anything unfamiliar, the moral of the story is that when you stereotype, you make a stereo of a type you never want to listen to Barry Manilow on.

But maybe you could listen to this album on it. 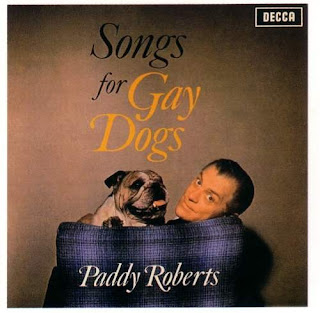 Or if you're not a gay dog person like I am, how about something a little more festive? 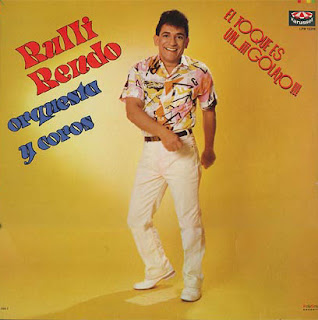 The diagonal mismatched font was mandatory for all artists wearing white jeans with white shoes in 1983.

My eyes are painfully drawn to his Lyle Lovettesque hairdo, which almost looks like the insult known as my own hairdo in 1989. Sorry, I haven't built up the courage/drunk enough cheap wine to post a photo from that era yet. And the shirt! The pastels...the scribbled angles...was this visual molestation meant to distract us from the fact that his fingers are mere nubs of their former selves? Dear god, how can this man eat Cheetos like a normal person?!?! He can't, that's how. Because he's wearing white pants. And everyone knows that you just don't eat Cheetos in white pants, especially when your fingers have been buzzed off in a painful circular saw accident, perhaps while trimming the brushpile that you call your hair.

Oh, and rumor has it this photo was taken AFTER Labor Day.

I don't remember where I found these album covers, but they're out there. Somewhere.
Posted by Jess Riley at 10:00 PM