A lot of truly angsty things have been happening here lately, most of which I'm loathe to blog about (there's enough depressing stuff on the news)...but I WILL be posting at the Girlfriends Book Club on Thursday about "Writing through Trauma," so head over there for a bit of TMI and such.

In the meantime, I've got new author photos (whee!) and behind-the-scenes activity underway before the launch of Mandatory Release. Two fabulous author blurbs are in, and I can't wait to share more on all of this. In the meantime, if you add it to your Goodreads queue, I'd be ever so grateful! (Just click on the cover to the right.)

But you know what's REALLY been on my mind lately? All of the horrible movies I dragged my long-suffering high school boyfriend to. (Can I end with a preposition there? Ah, who cares.) How many seventeen-year-old guys do you know who would have patiently sat through:


Do you notice a trend there? Right. With some exceptions, they are all movies that post-menopausal women and men with Low T might enjoy.

(A bright note among the garbage was Silence of the Lambs, but we saw that in the theater on EASTER SUNDAY, so I still had to make it all weird.)

And then there were the movies I picked when we rented a flick: The Fisher King. Dead Again. Fried Green Tomatoes. Driving Miss Daisy. King Ralph. The Prince of Tides. Thelma and Louise. Rush. L.A. Story. Far and Away. The Hand that Rocks the Cradle. Malcolm X. Of Mice and Men. A River Runs Through It. Shining Through. Unlawful Entry.

Seriously. Why not just spin the wheel and skip over the interesting years, landing right on "cholesterol medication, reading glasses, receding gums, and you may want to reconsider attending that comedy show because you now have a shady, unreliable sphincter." We were sixteen and nearly eighteen!!! Practicing to be sixty and eighty!!!

I don't know why all of this came to mind earlier this week. Maybe I'm getting contemplative as I get older. Maybe I caught the beginning of Sleeping with the Enemy on OWN and it triggered something in me other than a) gratitude that I hadn't married an abusive yuppie; and b) amazement at how young Julia Roberts looked in that film. Regardless, that boyfriend of two and a half years was exceedingly patient, and it still blows my mind how easygoing he was when it came to Things I Wanted to Do, including break up the week I got to college because like 95% of my girlfriends at the time, I wouldn't be ready to love a truly nice guy until I grew up a bit first.
Posted by Jess Riley at 8:46 AM 4 comments: 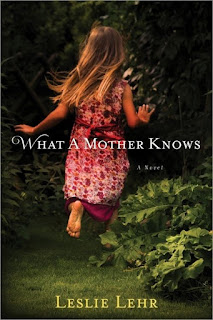 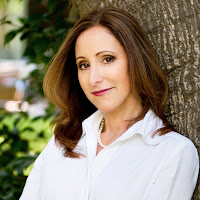