Things have been quiet on the blog because guess what? I'm FINALLY working on a new novel! My day job is currently like a triathlete pausing briefly to change from swim to biking gear, and while the wet suit is stuck to its thighs, I'm taking full advantage of the break to write my guts out.

I am also battling a massive aphid infestation on my rugosa roses. More specifically, on their beautiful buds, which I'm not about to lose to a bunch of little creeps without exoskeletons. Yesterday I ordered 1,500 ladybugs and several hundred lacewing larvae, because as much as I want to at this point, you can't spray heavy-duty chemicals on rugosas, or they'll completely defoliate. Even Miracle-Gro fertilizer will cause them to drop their leaves faster than a CEO can shift blame during congressional hearings. The best thing to do with rugosas is leave them alone, because they are tough little bastards.

So how did they get aphids? Because I hung a nursery-purchased planter above them last year that by the end of the season could have been featured in a B-movie called SWARM! (or in this case, CRAWL!)

I was reluctant to tell J about ordering bugs through the mail, even the "good guys," because the rose bushes in question are right below our front entry, and the idea of 1,500 ladybugs swarming around our front door didn't really appeal to him.

Anyway, the box just came from FedEx. I suppose I should open this OUTSIDE, lest I have something new and horrible to blog about later.
Posted by Jess Riley at 8:55 AM 6 comments:

Wake me when I can laugh about it...

Our furnace died yesterday. It’s been giving us grief annually, usually kicking it in around January or February, and this time we just decided to replace it. To the tune of $3,300.

The silver lining is, it’s May (albeit a May that feels closer to early March), and there are state and federal tax breaks and rebates to help offset some of this. Also, more positives! The silver lining is not made of mercury. It is made of tin foil, which I feel like chewing on in frustration right about now.

Because our house was clearly built by a magical race of elfin pranksters who had no sense (yes, there is a password to get into one of the upstairs closets, and no, I can’t remember it), our furnace is accessible via our first-floor office. Daisy decided to prepare the room for the repairman’s arrival by furtively shitting on the office carpet in the middle of the night, right in front of the door to the furnace.

Yes, our furnace has a door. One day, when I have worked up the nerve and we have long since sold this house to new suckers I mean owners, I will post a photo of what previous tenants did to the wall around the toilet tank in our upstairs bathroom. I may also post a photo of what WE did to the stairwell doorframe in order to fit a new dresser up the stairs.

Here’s a hint: it rhymes with “Gnaws all,” and you want to watch your fingers while using it.

Anyway, Daisy and her poo. She does this in the house on occasion to protest one thing or another. For example, after I return to work in fall and am no longer home all day with her, she usually starts pooping in the office to express her displeasure at being alone all day again. This happens even if she gets an hour-long walk, because her colon is longer than I-94 and has trap doors to secret hiding places I don’t want to know about.

This is the part where I get a little too honest, so avert your eyes if you’re eating, or if you just have good sense.

When a dog shits in your house, you clean it up and usually toss it in the toilet. When you live in a busy household with children or animals with working colons, sometimes the toilet isn’t always flushed immediately. And sometimes, even if you flush, a bit of evidence remains.

When that happens, you have what some people affectionately call “floaters.”

Back to this morning. Before I was even fully awake, J called up the stairs, “Great. Daisy shit in the office again.”

I don’t know how the poo was removed, but even though I haven’t even seen our downstairs toilet yet today, I suspect what happened next.

So when the furnace installer asked if he could use our restroom, my stomach seized in terror. Because there is a 96% chance that there was still a bit of Daisy’s poo still floating in the toilet.

The furnace guy doesn’t know my dog shit in the office and we tried to flush the evidence. In fact, because Daisy is shut up in our bedroom, he doesn't even know we HAVE a dog. But there I was, tapping away on my laptop, drinking coffee. Me with my bedhead hair and slippers and (ostensibly) my working colon.

Poo in the toilet.

No dog in sight.

I hope I never see this repairman ever, ever again. 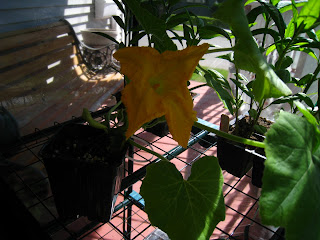 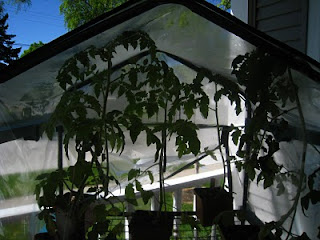 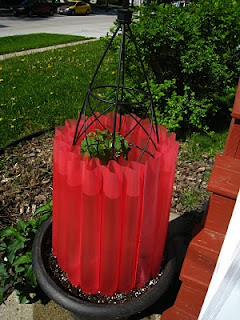