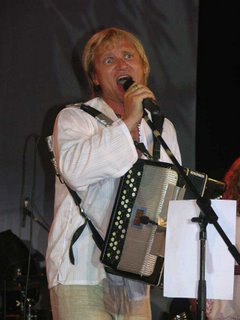 I just paid off my student loans.*

In other news, I’m still busier at work than a one-legged man in an ass-kicking contest. My use of that colorful comparison officially cements the fact that I am becoming my parents, as that phrase was as oft-heard round the house in my formative years as “you’re funnier than a rubber crutch” or “the first time I heard that one I kicked the slats out of my crib.” Both of which I also caught myself saying at least once in the past year. Thanks, Dad.

*If you’re tempted to tell me to go play on some train tracks, don’t worry. I’ve still got enough debt that if lined up end to end, it would circle the earth 22 times.