Let's keep this party rolling with another author interview and giveaway! I am so happy to welcome the lovely Dee DeTarsio to the blog today, to help celebrate the recent launch of her latest novel, All My Restless Life to Live (isn't that a fabulous title?) I "met" Dee online when she contacted me after reading All the Lonely People--turns out she's a fellow Midwesterner, and she's damn funny, with a huge heart to boot. (Did I actually just type "to boot?" Moving on...) Leave a comment below and you'll be entered to win a signed paperback copy of her new novel!!

About All My Restless Life to Live: 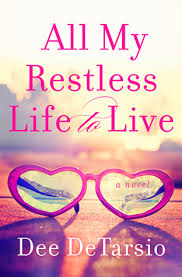 Life is a soap opera, especially for Elle Miller, who writes for one. (Ellen dropped the "n" in her name in hopes of finding a better ending for herself.) When her laptop crashes, she borrows her recently deceased dad's computer and gets way more than she bargained for.

Elle unravels mysterious communications from his computer, while her mom decides to give Internet dating a try. As Elle tries to save her career at I'd Rather Be Loved with a storyline featuring a trip through Atlantis, she takes a trip to the Emmys, and finds herself in the middle of a romance between a real doctor and a hunk who just plays one on TV. Friends, family, and clues from "the other side" all help Elle figure out the difference between living the good life and living a good life.

Fans of Marian Keyes and Jennifer Weiner will delight in Dee DeTarsio's sparkling prose and lively dialogue as she takes readers into the heart of women's lives. Filled with friendship, love, loss, betrayal, and challenges that force her characters to find their place in the universe, Dee's novels give us that hopefully-ever-after we're searching for.
~~~
1) Tell us about All my Restless Life to Live. (GREAT title, by the way!) Where did you get the idea?
I always wanted to be a soap opera writer. (Even though an 8th grade career aptitude test indicated I would make an excellent farmer’s wife.) Of course, I also wanted to marry one of my junior high crushes, Jim Flower . . . which would have made me Dee Flower! (I need to write that book someday.)

2) What do you find most challenging about the writing life, and how do you address it?
Distractio . . . 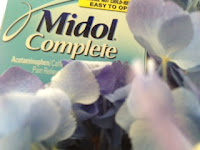 3) What teenage memory makes you cringe?
I had Scoliosis and wore a Joan Cusack Sixteen Candles back brace. So, there I was, buying feminine hygiene surfboards. The gum-snapping cashier was clicking her extra-long fingernails on the register keys. “Aw, did you have an accident?”  With every ounce of teenage angst I possessed, I shuddered. “Yes.”

“What happened?” She wanted to know. And in that moment, when the universe decided, Nope, still not humble enough, I realized she wasn’t referring to the incident in my white Jordache jeans. There wasn’t enough Midol in the world.

4) Writing humor is tough, but you make it look effortless. What's your secret?
I grew up in Ennui, Ohio, and only wish I had started taking notes earlier—some of the funniest people I know are from the Midwest. (Have you met Jess Riley?) I think it is constant fear of tornadoes or being trapped in a snowstorm that forges a delightful melancholy of the absurd. Plus, I come from a long line of teasers where NOTHING is sacred. (And yes, my whole family totally made fun of my back brace.)

5) If you could have any super power, what would it be?
I wish my super power was the ability to get by on four hours of sleep. Who are those freaks of nature and how can I become one? I am all about the recommended eight hours, and occasionally experiment with nine!


~~~
Thanks, Dee! Okay guys, leave a comment below to win a signed copy of All My Restless Life to Live, telling us whether or not you watched soap operas growing up, and if so, which one(s)? Don't forget your email address! You have until midnight on Friday, June 28 to enter.
~~~

DEE DeTARSIO is a TV writer living in southern California. After growing up in Ennui, Ohio, and graduating from The Ohio State University she vowed never to be cold again (in a tantrum more worthy of Suellen than Scarlett) and ended up in Tucson, Arizona, producing the news for the CBS affiliate, oddly enough called KOLD-TV. She moved to San Diego where she worked in the SeaWorld entertainment department as a producer/writer. (Penguins are mean!) She then became a producer/writer for the NBC affiliate.

Dee is the author of hopefully-ever-after novels: THE SCENT OF JADE, THE KITCHEN SHRINK (both finalists in the prestigious San Diego Book and Writing Awards), 'TIL SOMEBODY LOVES YOU, ROS, and HAOLE WOOD, 2013 Next Generation Indie Book Awards Finalist! Her new book is ALL MY RESTLESS LIFE TO LIVE.

Though her mother never beat her (that hard) and her father is not a celebrity, she suspects one of her four sisters is a vampire.
Posted by Jess Riley at 10:08 AM