Today on the GCC: The Fabulous Ellen Meister

I'm pleased to present Ellen Meister, featured author on the GCC tour today. Her new novel, The Smart One, was just released by HarperCollins on August 5th. About the book:

Beverly Bloomrosen has always been the smart one, the middle sister sandwiched between Clare, the beautiful and popular older one, and Joey, the rebellious rock-star younger one. But she’s hit a bit of a slump lately. Now 35, she’s embarking on a new career as an elementary school teacher and not exactly living up to her family’s expectations (“Maybe she can work her way up and eventually teach high school. That wouldn’t be so bad,” her mother helpfully comments). Bev has moved back into her parents' home on Long Island while waiting to see if a job opportunity in Las Vegas materializes, seeing it as her chance to start afresh…but before she knows it, life back at home starts to get very interesting.

Kenny Waxman, Bev’s childhood neighbor—and the boy who almost became her high school boyfriend until she found him in bed with Joey—returns. Now a successful comedy writer in Los Angeles, he can still make her heart pound…and the attraction is still mutual.

Things take a turn for the sinister when a pregnant woman’s body is found in an industrial drum buried in the Waxmans’ backyard. As Bev and her sisters begin to unravel some mysteries of the past, some secrets of the present are revealed: Bev learns that the perfect Clare may not be as perfect as her glamorous, well-coiffed suburban life may suggest, while rebellious Joey is still attempting to exorcise some of the demons that have haunted her for years. In the end, the curse of being the smart one may just turn out to be a blessing.

About the author: Ellen Meister grew up in the heartland of suburban Long Is 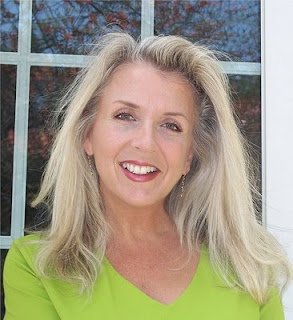 land. She spent her early career in advertising and marketing, and later worked as editor for a literary magazine and published numerous short stories. Her first novel was Secret Confessions of the Applewood PTA (Morrow/Avon, 2006). Meister lives in New York with her husband and three children. To find out more, visit her website at http://www.ellenmeister.com/.

Jane Green called the novel, "Wonderfully funny, irreverent and entirely unexpected. " Booklist dubbed it "the perfect beach read," and Library Journal described it as, "Character-driven ... fast-paced and features great dialog." And Ellen herself piqued my interest with her answers to my GCC questionnaire (I particularly loved her answer to #5):
1) Now that you are published, what (if anything) have you changed about your writing routine?

So little has changed in my writing routine ... or my life! Though before I was a published author I drove a green minivan. Now I drive a red one.

I need quiet. I guess I'm too easily distracted.

3) Have you found that as you've developed your writing and story telling skills, you watch movies or read books 'differently?'
Yes! It seems like very book is a learning experience for me, even if it's not something I particularly like. There's always some gem of discovery that helps me become a better writer.

Of course, the downside is that a lot of storytelling becomes transparent and that can detract a bit from enjoyment. It's the old "if there's a gun on the mantle in act one, it will go off by act three." Writers notice the gun on the mantle in every scene, even if it's obscured.

The one where I meet the most interesting people!

My new novel, THE SMART ONE, is a sister story with a plot inspired by a real life crime that happened in my home town. And while I didn't intend to use the actual facts of the case in my fictional story, I wanted a good handle on what really happened, and so I telephoned the police detective who worked on the case and had an ... uh ... interesting conversation.

In the real crime, a homeowner got ready to transfer his house to a new buyer by removing a 55-gallon industrial drum that had been in the crawl space since before he lived there. When he pried off the lid to see what was inside, he made a grisly discovery: it was a mummified body. Forensics later revealed that it was a young woman nine months pregnant, and that she'd been killed thirty years before. They identified her as worker from a factory belonging to the original homeowner, now retired and living in Florida. The police flew down to interview him, and when asked for a sample of his DNA so it could be tested against the fetus's, he refused to give it voluntarily. So the police got a warrant for the sample, but before they could serve it, the man went into his neighbor's garage and shot himself in the head.

In my phone conversation with the detective, I asked if they were able to get the DNA sample and he said, very matter-of-factly, "Oh, yeah. There was brain matter all over the floor."

I think I went mute after that.

At any rate, many facts from the actual case found their way into THE SMART ONE but I don't want to reveal any spoilers, so I won't tell you which ones!
~~~~
Thanks, Ellen! I'm looking forward to reading The Smart One.
Tomorrow, thoughts on tigers, hand gestures, and more things I found in my yard.
Posted by Jess Riley at 10:35 AM