Is that a Rhinovirus in your Stocking? 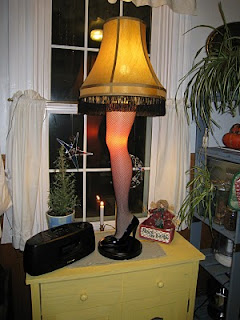 That wheezing sound you're hearing? Is me coming up for air after a week I'd spent weeks rushing around preparing for. Also, I am getting over a cold. I wonder what number cold it was in my life. My best guess is that it was my 58th cold (assuming I got more than one head cold in some years). I'm kind of weird that way--I like knowing these strange little bits of trivia, and I like imagining that after I die, St. Peter (or Buddha...or one of their minions) and I are strolling the grounds of some fabulous garden, and St. Peter (or the minion) is telling me exactly how many hours of my life I wasted watching Three's Company reruns or how many feet my hair grew in my lifetime. And I'll be like, "Well THAT was a useless pursuit!" or "I should have taken up knitting. It would have been interesting to know how many cumulative feet of yarn I've turned into booties and blankets."

Animated: Up. If you can get through the first twenty minutes without copious, open weeping, more power to you. Also, you are probably a sociopath.

Science Fiction: District 9. Alright, alright...the aliens look a little weird, and the metaphor couldn't be more obvious (cockroaches much?). BUT: this was one of my favorite films of the year, and if Avatar is any indication, they may release more sci fi movies with a social conscience in the future. Which I like.

Comedy: The Hangover. Pure, gut-busting hilarity. Zack Galifianakis has come a long way since Out Cold.

Horror: Paranormal Activity / Food, Inc. I wouldn't call Paranormal Activity one of the scariest movies ever made, but it's definitely among the creepiest and most effectively filmed. Also, I was afraid to go to bed after watching it. And I began to really regret playing with Ouija boards at all those slumber parties in my youth.
Food, Inc is scary for another reason altogether. (Ammonia burger, anyone?) It's a movie everyone should see, but only a few hearty souls will. When it comes to what we eat, ignorance may not exactly be bliss, but it's cheap (for now), convenient, comfortable ... and ultimately, very costly on a number of levels.
Quentin Tarantino movie: Inglorious Basterds. Quentin Tarantino has his own category because ... well, how do you define a Tarantino film? I love every campy, violent, gory, hilarious second of his movies, which means I probably should have been on a roller derby team or a drummer in a heavy metal band in my early twenties.

Documentary: Anvil: The Story of Anvil. I've blogged about this before, and I can't recommend this film enough. Heartwarming, heartbreaking, inspiring, funny ... if you have a soft spot in your heart for The Little Engine that Could, if you always root for the underdog, if you take the last wilted, wrinkly pickle on the platter for no other reason than you secretly feel sorry for it, you need to watch this movie.
.
If I'd seen (500) Days of Summer, there may have been a romantic comedy on the list (I generally can't stomach them). It's in my Netflix queue because I've heard many good things about it. Tonight I'm going to see The Road, which would probably fall under the category of "Best post-apocalyptic movie that makes me want to slit my wrists (But I still loved it)."
.
I'll give honorable mention to Let the Right One In, which I really can't include here because it was a 2008 release. 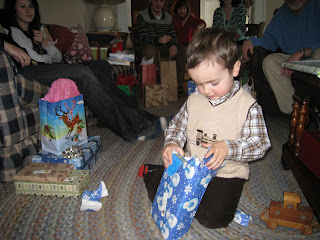