Finally able to blog again after a whirlwind weekend where I shared a hotel room with two talented, big-hearted, hilarious people whose work I am confident will be coming to a bookstore near you very soon. (Steph, the hotel called: you forgot your prosthetic leg in the room. And Trish, I think I packed your Metamucil and Best of Yanni CD by accident. Whoops!) But seriously. I can’t say enough about how great these chicks are. Martinis were drunk, chocolate was inhaled, secrets were shared, and gas was released via the legendary Williams position. Steph will have to tell you about that one. Pics from the weekend may be posted at Manic Mom’s place shortly. I’ll be the one with the giant glow-in-the-dark head.

Other weekend / conference highlights: I watched Jenny Crusie knit what appeared to be a scarf during a presentation made by her collaborator Bob Mayer. I was hugged by the lovely and gracious Mary Alice Monroe and Alesia Holliday and tried to absorb some of their success through osmosis. I heard the word “niggling” more than I ever have in my life. I picked up 6 more novels to insert, brick-like, into the walls of my “to read” castle-o-books (In progress: Baby Proof by Emily Giffen. On the bridge: She Got Up Off the Couch by Haven Kimmel. In the moat: too many to count) Today I sadly learned that I missed a wild Saturday night bacchanalia with intoxicated laxative salesmen and some guy named Eddie in the Deerfield Hyatt lounge 'til the wee hours of the morning. I miss ALL the drunken debauchery, dammit!

And finally, as a result of attending this conference, my attitude toward tackling my impending novel revisions has morphed from “Charlie Sheen forced to live in a world without hookers” to “Kelly Ripa after a case of Peeps and six cups of coffee.” Which is definitely a plus.

On Sunday J and I attended the 43rd annual Waupaca Art Festival, where we got all tingly upon discovering that he won second place in the nonprofessional 3-D artwork category with this entry: 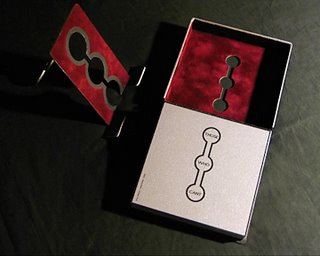 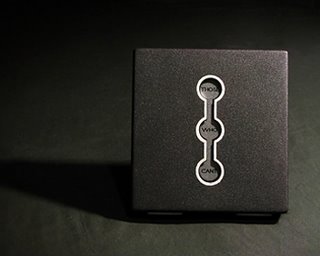 The irony here is that J’s "mixed media" sculpture presents a poem (written by our musically talented friend Eric) entitled “Those Who Can’t,” which is basically a well-written rant against critics. And contest judges. (Although these particular judges were also artists themselves, so they’re probably okay.) But isn't it the loveliest little metal booklet of irony you've ever seen? (That red stuff is velvet, folks. It even FEELS pretty while it's slapping you in the face with words.)

During the critique, one of the judges said that J’s attention to detail showed an appreciation and respect for the viewer. Which is a fantastic way of approaching any art or piece of writing, really: it’s always about caring enough to craft something that gives the viewer or reader a rewarding and meaningful experience, first and foremost. Sort of a massage with words, or paint, or photography. Or a punch in the groin, if that’s the effect you’re going for.

Afterwards we celebrated by buying our very first down comforter and a snazzy red duvet cover. It’s like sleeping in a bed of marshmallows made by My Little Ponies. The next time you are looking for a creative way to celebrate, I highly recommend buying new bedding.