I have a love-hate relationship with technology. I love the concept of technology. I mean, who doesn’t enjoy modern, potentially life-saving technological breakthroughs? And who couldn’t use a new architectural fancy machine? (Other than Ted Kaczynski, of course.)

It’s the technology that seems to hate me.

This dysfunctional relationship began in the mid-eighties, when my sixth grade teacher wheeled our school’s first Apple computer into the building. We’d eagerly wait our turn to go on the computer, and when our magical day finally arrived, we’d race into the hallway in pairs to play Oregon Trail, creating characters named Farts McGinty that always died of dysentery or cholera. Oh, the electric joy! It was like directing our own reality series, except with covered wagons and crude, pixilated death. 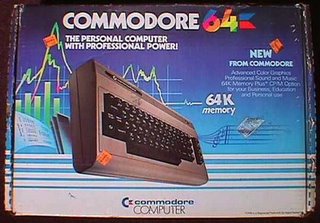 When my friend Pam’s family bought a Commodore 64, I was so jealous I practically melted. We logged HOURS playing exciting, high-tech games like Winter Games and ... Summer Games. Could there BE a better way to rot our brains and pursue a sedentary lifestyle in between imaginary make-out sessions with Ralph Macchio?

But it soon became clear that this wondrous pastime also had a dark side, which I discovered when Super Mario Brothers proved more entertaining to an early boyfriend of mine than, well, me. I parlayed this early discovery into my first major technological purchase in 1993: a Sega Genesis complete with Sonic the Hedgehog. At the time, it seemed as essential an accessory to my new dorm room as shower shoes and the requisite John Belushi “College” poster. Plus, I figured it would be a great way to attract guys. Turned out that tight tops and binge drinking worked much better, and without the eyestrain. Luckily, my roommate’s creepy boyfriend bought it from me when I lost interest.

Fast-forward a few years and my new boss has just purchased Palm Pilots for everyone. Wheee! Christmas in October, right? Wrong. Not only was my new PDA the size of a toaster; whenever I turned it on at meetings, it emitted a high-frequency squeal that caused my coworkers’ ears to bleed and any dog within a ten-mile radius to explode. I’m not all that partial to dogs exploding, so I put the ixnay on the PDA.

I received my first cell phone as a gift in 1997. It was larger than a double bed and it came with its own wheeled cart for portability. I bought another phone in 2002, but after they changed my minute re-up procedures and I couldn’t figure them out, I tossed it into a bag of crap in the shed. I think the only people who don’t have cell phones at this point are me, my husband, and the Amish. But what’s that you say? Even the Amish have cell phones? That are nestled in Amish hand-tooled leather phone holsters? 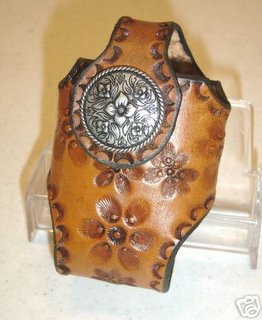 I have hit a new Luddite Low, and you are all here to witness it.

But the lure of modernity is too strong to deny. Because I’m currently considering purchasing an iPod and a new cell phone. But I’m in this unpleasant holding pattern of wanting these items yet hemming & hawing until the the cost comes down and the technology improves (yet again). After all, the computer we bought last fall was outdated by the time we got the box to the car.

Plus, my J* wants other new technology-related purchases. A large complicated television. More personal computing accessories. An Xbox 360. Even a refrigerator. Can’t he see how well the time-honored method of salting our food and dumping it in a dank hole in the ground has been working? It’s winter for cryin’ out loud! You work with what you have.

If you need me, I’ll be hurriedly rendering tallow for my soap and candles before it gets dark.

*75% of all bloggers are married to or dating a J. Also, thanks to everyone who voted for or tried to vote for me (damn technology!) in the MKE Online blog contest. Stickers for everyone!